After ten tough weeks, Lord Sugar’s search for his next business partner is nearing its finale. Just two more tasks stand in the way of his £250,000 investment.

Now the five remaining aspiring entrepreneurs go under the microscope, revealing the real people behind the business wear, the origins of their drive and ambition, and just what makes their business brains tick.

Featuring interviews with family, friends and colleagues, plus Lord Sugar’s trusted aides Baroness Brady and Claude Littner, this episode delves into the candidates’ backgrounds and relives their highs and lows throughout the series so far. 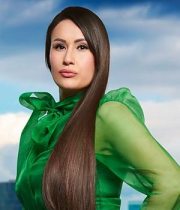 Occupation Owner of a recruitment company

Lives in the west midlands

Throughout her successful career in recruitment, Scarlett has found her upbeat personality to be a strong asset in winning a business deal, claiming that “people will often buy into her as a person”.

Although she considers herself to be a “very good problem solver” she also admits to struggling to accept help from others, acknowledging she often overestimates her workload. Scarlett plans to apply the same tactic she uses in all aspects of her life; “working the hardest and the smartest to be the best”.

“I am an achiever. I have been the highest performer across every workplace i have worked within” 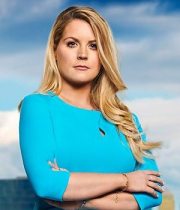 Occupation Owner of a beauty brand

Pamela attributes the success of her beauty company to her “entrepreneurial gene”.

She describes herself as feisty and passionate with a charismatic personality, which enables her to excel in sales.

Pamela acknowledges she can be impatient and demanding and often finds it difficult to delegate tasks.

“I love to be the under-estimated person in the room”

Carina says she is a natural leader, and that people latch onto her to benefit from the influence she carries.

She believes it’s “written in the stars” that she’ll be Lord Sugar’s next Apprentice, warning that the other candidates shouldn’t underestimate her because of her South London accent, as she knows how to “put on a suit and be the full package”. 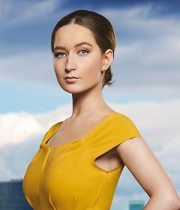 She believes her poise and her “powers of persuasion” are her greatest business qualities, noting that people with bad manners anger her and that she gets frustrated when things don’t adhere to her high standards.

A self-proclaimed “maverick” who doesn’t like to follow the rules, Lewis is confident his competitiveness and determination will see him through the process.

He admits he struggles to hide his true feelings in his facial expressions, and says his confidence is often mistaken for arrogance but says “I don’t think I’m better than anyone else”.

“I may not be the smartest guy in the room, but i’ll sure as hell work harder”